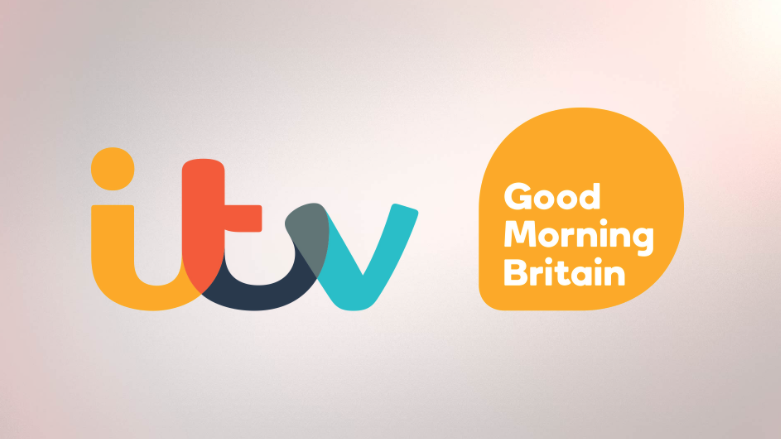 Derby Wedding band ‘Dammit Jack’ were hugely proud to have been selected as one of the final seven for ITV’s ‘Sing It To Win It’ competition’. They were picked out from thousands of applicants to appear on ITV’s show ‘Good Morning Britain’.

After sending a video of themselves performing ‘I Wanna Be Your Lover’ By ‘Prince’ they received an email with news that they had been selected. They were then asked to pick a song out of a preselected list of ten, to learn and perform with just one week to perfect it! They chose the song ‘Red Red Wine’ by ‘UB40’ as it was the most familiar to them. 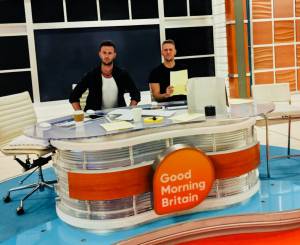 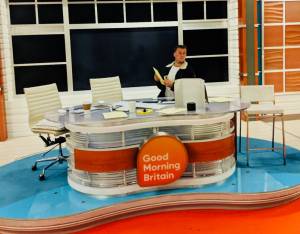 Just a few days after filming ITV showed clips of the auditions on the show Good Morning Britain and also on their facebook account. Not Bad for a Derby wedding band! – Please click here to see the video on Dammit Jacks FaceBook page!

Also helping out behind the scenes were XFactors ‘Reggie and Bollie’ with whom the boys got along famously with as they had a very similar sense of humour!

‘It was so nerve racking, performing in front of a panel of three celebrity judges, we’d never even met them before!’ – George Morrit 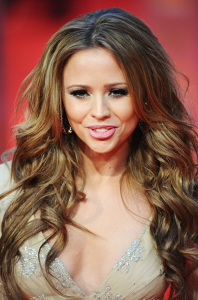 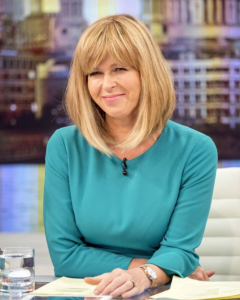 Dammit Jack having fun with XFactors ‘Reggie and Bollie’

As a wedding band Dammit Jack rarely get the opportunity to be involved with competitions such as these as they have always taken booking in advance. Therefore they have decided to record and shoot a video for their selected song ‘Red Red Wine’ as token to the event.

George in makeup prior to filming